It’s been four lovely, long, school-less weeks for Ryder (now 2 years and 5 months old), but this week his play school reopened and you’d have sworn his little world was about to come crashing down around him.

I’d been prepping him for a few days but he was all about the wailing, whimpering, puppy dog eyes, vigorous head shaking and appeals of “No go back school, mummeeee!?” each time I brought it up. He had a rough first few days when he started school 6 months ago, but he settled in so well and developed so much personality, although I knew that going back in the new year would be like starting from scratch.

5.45am:  I wake up to a long, rambling message from my nanny. She was due to be back from Malawi and at work 4 days ago, but wasn’t yet back in the country. I’d blogged the day before about my anger at her late return, but decided to delete the post when I saw her latest message. In short, a month of housework and trivial complaining kinda pales in comparison with her sad reality of getting swindled at the border by some dodgy, ruthless people. And yes, I believe her because, perspective! She’d be absent again but we’d see her the next day.
6am: I’d prepped and taken clothes out for Ryder and I the night before, and set everything in place for me to grab and run in the morning.  This is now part of my new efforts to become a slightly more organised, more saintly person in 2015.
7am: I’m bathed, fully dressed and ready to leave. So proud of myself.
7.10am: One tiny hitch. Back to School Boy is still fast asleep (that’s after resisting bedtime until well after 9pm the night before). School starts at 8am and so does my work. And I repeat, the kid is still asleep. Houston,  we have a problem.

7.15am: Finally manage to shake gently coax toddler awake. He is NOT happy. Attempts to wash him are met with shrill screaming and flailing octopus limbs. “No bath mummeeee!” My work clothes are soaked by the end of it. Trying to brush his teeth involves pinning his limbs down and failing miserably to wedge the toothbrush into the 0.5mm gap he’s allowing into his mouth in between screams. This is our bath and teeth brushing experience every. single. time.
7.30: The minute he sees me reaching for his orange school shirt, his sobs go into overdrive. “No school, mummeeee! No school!” I distract him by asking him what colour underpants he’d like to wear today.
(Side note: This is a new favourite of his over the last few weeks.  Underpants worn OVER his diaper. I’m trying to ease him into toilet training but so far we’ve had one unsuccessful episode of getting him onto the loo. The rest is just endlessly choosing new undies colours to wear as the day progresses and urinating either in his diaper or in just his undies on the lounge floor. And once on the couch.)
His choice is grey. I start putting it on. He screams blue murder like I’m yanking his toenails out one by one. He’s changed his mind and wants the red. How dare I put the grey on?! So I put the red one on over his diaper, plus some shorts, which he promptly starts pulling off while engaging in more fake crying.  It’s back to the grey undies. Sigh. The crying escalates when he sees me grab his school bag. “No school mummy! *insert blood curdling wailing here*”
The shoes I’ve put on him get kicked off and he throws himself around on the bed in desperation and anger. I am soothing and cuddling him and speaking softly through gritted teeth. It helps a little.
7.45: Fifteen minutes left to get to school and work, which is never going to happen. Oh dear. Mother of the Year decides to skip son’s breakfast for the first time everrr.  They serve brekkie at school anyway. I just prefer to know he’s eaten well at home to start his day off.
7.50am: Out the door. Ryder is inconsolable. Dad straps him into his seat. He’s still shouting “No school!” and in between “Pa house! Uncle Yee house!”, clearly wanting to go anywhere but school.
7.52am: We get to our destination, which is just down the road. There are equally inconsolable kids at the gate. It sets Ryder off again.  I get to the classroom and one of the little boys tries to make a break for it out the door after his mummy. I’m comforting Ryder and the little sobbing boy, while about 10 other kids are crying their little hearts out around me. Ah. Whoever said back to school is cool, should be shot.
I start walking out, then realise I haven’t kissed Ryder goodbye.  I go back. Rookie mum mistake. He clings onto my clothes and my heart breaks into a million little pieces, even though I could still crack up any minute at the comedic chaos of this whole scene.
8.10am: I get to work 10 minutes late. Not too bad. I’ve done way worse on less eventful days.
8.49am: Message comes in from Ryder’s principal to say all the kids have settled in and are fine. Another message at midday saying that Ryder is dissing his 2014 play clique in favour of playtime with an older, cooler boy that day. Haha.
When I got home from work he was full of excitement and toddler talk about his day. He told me that yes, it was a nice day and he played and had lots of fun. By 6pm (by which time saintly mum has cooked for him, dealt with his food refusals and bathed him – go me!) he is exhausted, saying “I seep now.” He doesn’t though. It’s another bloody 9pm bedtime.
Day 2’s morning was a watered down version of Day 1, especially because our nanny returned and Ryder wanted to stay home with her. From past experience I figure he’ll be fine by day 3 or 4 of the school routine and life will be back to semi-normal.
I’m a lot stronger this time than I was the first time around last year. For one, I don’t dissolve into tears myself anymore when he cries not to be at school, because I’ve learnt a lot about this kiddo’s moods and resilience. Sometimes he has to do things that he doesn’t want to do, because I am his mother and duh, that puts me in charge.  He will be just fine. And so will I. 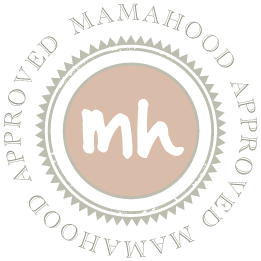